The Story of a Banana and a Duct Tape

On April 9th of 1917, Marcel Duchamp placed a urinal in an art gallery and titled it as Fountain. That was a huge milestone for the avant garde movement of the 20th century – Dada. The absurd, radical, irrational, revolutionary – all of these are Dada. Majority of critics of modern art say this is not even art. However, I believe that the main purpose of Dada was to address the question of “what is art?” and push it beyond previously accepted norms and standards. It came to the point at which  Andy Warhol, pop-artist of mid-twentieth century, defined art as “Anything you can get away with.”

So, an eccentric Italian artist known for his works of absurd fashion such as Him and America, once again “got away” with his most recent work titled Comedian.  The artwork first debuted at Art Basel Miami Beach in December of 2019. “Comedian” immediately captivated everyone’s attention. First two works were sold for 120,000$, and the third one went for 150,000$. Did Cattelan really sell a banana and a piece of duct tape for more than a hundred thousand dollars? No, what he sold was a Certificate of Authenticity. It is a document that has detailed instructions on how to install an artwork for display and that gives owners and museums a right to do so.

Still, anyone can buy a banana and a duct tape and install it at home. That is one of the messages conveyed by the artwork. Moreover, it is a message conveyed by the majority of modern art, it is a message to all the people saying “I could do it” which replies “But you didn’t.” A deeper interpretation of ‘Comedian’ was provided by Galerie Perrotin in their instagram post: “This piece offers insight into how we assign worth and what kind of objects we value.” In other words, it shows how much publicity and fame can get a pair of objects available in any grocery store. That is most probably the case, considering the nature of Cattelan’s previous works (like a golden toilet titled ‘America’). This also links to the more specific issue of the absurdity of overpriced art market, which is ironic considering for how much the artwork was sold.

Later during the first exhibition, the original artwork ended up being eaten by another artist David Datuna, who said he was performing his own work – ‘Hungry Artist’. It reminded how conceptual art is not about the exhibit itself but participation of the audience. After all, if not for the coverage in the media and attention of visitors, ‘Comedian’ would be just a banana taped to a wall; but thanks to the participants of the artwork, ‘Comedian’ pulled a joke on the whole art community. And, in my opinion, it is good that art gets cocky, that it challenges our understanding of it. After all, if art was as well-defined as a mathematical function, artists would have no place to evolve. We still would have the works of Michelangelo or DaVinci. But would there be Kazinski or, for this case, Cattelan? Do they also not define where are we and what are we as humanity? 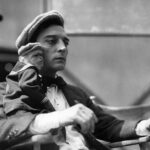 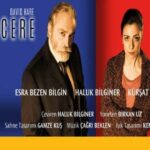