Long essays, even research papers, can be written on philosophical aspects of a popular TV show Rick and Morty. I, however, want to concentrate on protagonists’ take on existentialism and a way of life Albert Camus in his essay described as Don Juanism.

The sudden deep quote by Morty that I used l for this article is a typical existentialist thought; the understanding that there is no (conceivable) higher purpose and the meaninglessness of any action. It might make the viewers question everything and dive into existential depression. Let us not however forget that the whole show is a comedy: it makes us laugh at our vain attempts to find something beyond human. As a character, Morty is placed in the middle of the “woke” spectrum. The middle is boring, so I would like to make an emphasis on the extremes: zero being Jerry, and hundred being Rick.

Jerry is a mockery of a typical human. He is a middle-aged white male living with his wife and two children in the suburbs. He gets distracted by mundane day to day events and gets annoyed when something gets out of that routine, for example his antipathy towards Rick for distracting his idyllic lifestyle. The best Jerry felt during the entire show was the episode where he got stuck in a simulation. In that simulation, everything was as simple as possible (“Hmm…human music. I like it”). During his time in a simulated life, Jerry got excited at a sarcastically meaningless achievement and did not notice the absurdity of the world surrounding him. Most of us happily live in such a world we create for ourselves, with funny little rewards and single-line conversations. Jerry is an ironically-oversimplified character that does not bother himself with existential dread, the complete opposite of Rick.

“Wubba lubba dub dub” is the most famous Rick’s catchphrase. It, according to the show, means “I am in great pain.” Rick Sanchez is in a constant state of awareness, the greatest scientific mind suffering from its own knowledge. Although at some point Rick says “The answer is don’t think about it”, he always does. So how does he deal with such a burden of knowledge? Camus described one of the qualities of the absurd man as an understanding of equivalence of all the experiences. Therefore, what does really matter is the quantity of those. Committing in quantity of experiences and negligence of their depth is shown through the example of Don Juan, who constantly seeked to increase his number of partners without bothering himself with a quest of “true love”. Rick does the same, he goes on numerous and dangerous adventures with Morty. Not because he is chasing some ultimate purpose but just for the fun of it, to have more experiences of feeling alive. Rick knows that when he attempts to find something deeper than that, he ends up being hurt. For example, in the episode when he falls in love with Unity, he ends up trying to kill himself. Quantity over quality is the only reason one would turn himself into a pickle. 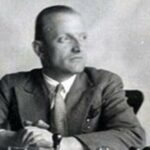