Nihilist (n.): represents a philosophy of negation of all forms of aestheticism; advocates utilitarianism and scientific rationalism, entirely rejects classical philosophical systems. That is the definition of nihilist by Encyclopædia Britannica. Within the following paragraphs I am going to try to defend a much simpler one: nihilist – someone that Nietzsche is not.

German philosopher Friedrich Nietzsche is the best known for his criticism of social order and religion based on personal psychological analyses (which later inspired Freud). The most part of his criticism is summed up in his famous book Thus Spoke Zarathustra. What made this particular book famous is a phrase that was immortalized through numerous tattoos and bio’s of teenagers on social media: God is dead, and we killed him. That is where the confusion begins.

First of all, the phrase is mostly taken out of its content, thus, misunderstood. It is not a celebration or triumph over the fall of religion. The religion is still there but God himself is dead. “We killed him” because by worshipping him in a way institutionalized by religion, human has lost his virtue, his connection with spirit. At this point, a nihilist would say “what a bummer, but life is meaningless anyway.” Nietzsche, on the contrary, proposed that a man should “destroy the old tables and create new ones from himself”, i.e. create new values without the oppression of religious dogma:

“Values did man only assign to things in order to maintain himself – he created only the significance of things, a human significance! … Always doth he destroy who hath to be a creator” (The Thousand and One Goals)

Thus, there should be individual virtues that take nothing as given from outside, only personal wisdom. The highest virtue, however, is Übermensch or Superman. Opposing to Darwinian theory of evolution, Nietzsche states that evolution is something done consciously by overcoming oneself. By stating that there is some meaning beyond human, Nietzsche does not qualify as a nihilist.

Another misunderstanding about Nietzsche is the claim that he was an antisemite (the one who hates Jews). First, it is known that Friedrich Nietzsche ended his friendship with Richard Wagner specifically because the latter was an antisemite. Second, Nietzsche himself wrote “Deutschland, Deutschland über alles, that is the end of German philosophy” while living under the reign of Bismark.

The reason these and many more fake news were spread about Nietzsche is his own sister, Elizabeth. For example, she is known to have greatly admired Mussolini. And as for me, it is not unexpected that different rumours were spread and believed about such a controversial figure as Friedrich Nietzche, a man who had a mental breakdown because he saw a horse getting beaten. One should stick to the original readings first and then decide if Nietzche for them seemed nihilist, misogynist or antisemite. 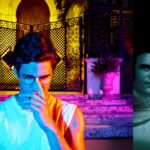