Language. We all use it but we don’t take time to think about it. I did, though. In the following article, I will try to bring out several perspectives on language and put forth some ideas about it.

First, one can view as a medium, or even barrier, between the mind and reality. What I mean is that in all our perception and explanation of the world, we can only use language. Even to describe language one needs language. This approach to language as a fundamental expression of external reality is called logocentrism; it is a key term that emerged from Western Enlightenment. But why did I call language a barrier on top of calling it a medium? Because if language is the sole expression of the entirety of reality, it can have its own flaws and biases (some of which will be discussed further). This in turn led to the belief that because we can only perceive and contemplate mediated reality, there is no such thing as objective reality. Thus was postmodernism born. It is an interesting conclusion that because we can only write and talk to communicate, it is impossible to know the world as it is. The idea of language being merely a very limited human  construct was best understood and depicted by Magritte in his painting ‘The Interpretation of Dreams’.

This brings us to another idea brought to light by postmodernism – structuralism. It asserts that language is a large structure with interdependent constituents. For example, there is no such thing in nature as the word ‘tree’. Instead, ‘tree’ is defined by humans as all the things that are not trees. To describe structure clearer, I would like you to think of the word ‘high’. By itself it means nothing; there should be ‘low’ in order to define ‘high’ and vice versa. Of course, there are much wider (and more interesting) applications of structuralism concerned with culture and literature, but those will be ignored for the sake of coherence of this article.

As with the majority of movements in the twentieth century, structuralism also has its version with a ‘post’ prefix.  While structuralism deals with cultural texts and their connection with each other, poststructuralism is kind of meta; it acknowledges that language is a human invention and, like any other invention, it has its flaws and biases. For example, the aforementioned limitation on describing reality as it is. There is also another, more specific example: language can perpetuate a falsely established system even when that system is long gone. Female job descriptions such as ‘actress’ and ‘waitress’, or a word like ‘princess’ stem from the male versions ‘actor’, ‘waiter’, and ‘prince’. This means, though not explicitly, that male versions are accepted as normal, standard, and the female ones are deviations from normal. Thus, even when male hegemony rapidly ceases to be accepted in advanced cultures, some languages still support an outdated system. Finally, language is just too ambiguous. We always have to say ‘if you know what I mean’, acknowledging descriptive imperfection; we also have to have long debates over works of literature in order to find out what the author might have truly intended as a meaning. However, is this imperfection a bad thing? After all, one can see such ambiguity either as a limitation or as a permission for freedom of multiple simultaneous interpretations. 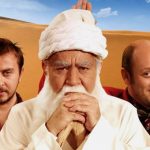 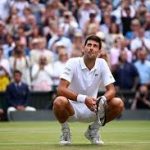