Because the movie ‘Requiem for a Dream’ was recommended to me by a person once very dear to me, and because that person is not around anymore, I have been postponing watching it for almost a year. But I finally did, and here is what the movie is all about.

For anyone who has watched the movie, it would be obvious that it is about drugs. To briefly summarize, ‘Requiem for a Dream’ is about a young guy abusing heroin with his friends and about the guy’s mother who abused diet pills to lose weight. And the story – spoiler alert – ends badly for both of them. So the lesson is simple: drugs are bad. Or is it so? Each time a character rolls weed or shoots heroin we see a cinematic sequence of macro frames. We also see the pills magnified to full screen each time the mother takes them. These are substance abuse cases, the ones on the surface. But we also see the mother’s television addiction, how she watches it every single day. And she keeps watching the same show each time. There is also a brief and ironic mention of gambling addiction: in the scene where the mother gets admitted to hospital, the people that are helping with the consequences of her substance abuse (here is the ironic part) are the ones discussing their own gambling addiction in the process.

However, there is one greatest addiction that did not get the cinematic zoomed-in shot, the one that is central to the movie, the root of all evil. Most importantly, the one that each and every one of us suffers from to some degree. It is hope. The characters suffered the severe case of hope addiction. That is what led them to abuse substances; the protagonist kept saying that “everything will be fine,” his mother started to use diet pills because she hoped to be on television as if her entire life depended on it. When we look from our perspective, some drug deal or a short television appearance are not a big deal. But the characters put their whole hope in those things and let that hope drive them to their tragic end. This idea is not a mere speculation of mine, for the contents of that constantly repeated show give a clue: it displays a pyramid scheme or a cult leader that serves as a ‘hope dealer’ of millions. He sells hope masked as some product, book, or some other form of “life-changing simple steps”. This idea may be familiar to the ones who have read ‘Everything is F*cked: A book about hope’. Mark Manson describes in detail how cults of this kind keep mass-selling hope the same way the TV show host in ‘Requiem for a Dream’ does. Therefore, in my opinion, the movie indeed is about addiction; not substance but mainly the more widespread and dangerous hope addiction. 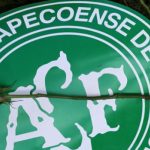 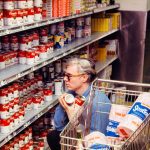