Eternal silence broken by the flash of all creation – the Big Bang. Then the first bacteria and fish developed, in silence. Then those first beings evolved into apes, still in silence. Finally, one of those apes bent wind in the name of art and created the first known melodies somewhere in the caves of southern Germany (the first known instruments known were found in southern Germany and date back to around 42,000 years).

Drum thumps, blood pumps, feet stomp. Around the 13th century, Ottomans employed music into their military. That was the point where music evolved from sweet chanting of prosperous life into the incoming song of approaching destruction. Later, the Westerners employed the tradition of military marching bands. Moreover, they embedded those sounds awakening the inner patriotism and energy for destruction into the fabric of their whole being as a culture, into their national anthems. From that point, the two were inseparable. And so, during the bloodiest conflicts that humanity has seen so far, the nation-wide insatiable bloodthirst of fascist Germany was perpetuated by tunes of Wagner and Beethoven, while Russians’ morale during the occupation and then their machine-like war power was propelled by symphonies of Prokofiev (it is well-established that Wagner was anti-semite and his such ideology was later used by nazis, while Prokofiev’s Romeo and Juliet op 64, known as ‘Dance of the Knights’ among Russians, was playing through speakers during prolonged Stalingrad occupation).

We, as a species, have shown our truly amazing ability to convert the creation of beauty into an instrument of mass control. Prominent artists, understanding their influence, try to become more involved in politics. For example, Eminem in his Revival album speaking up against racism and gun violence, or Nas discussing a similar topic in his song Cops Shot The Kid. There is, however, another side of this trend: totalitarian regimes only allowing songs and artists that would fuel their propaganda engine. Seeing the world as it is today, one wonders what would be the ultimate soundtrack of humanity’s death and who would compose it – some sort of dictator or just any kind of artist not realizing that it would be his last tune. Is it going to be one of the recently-popular songs that will be playing when tensions in the current politics reach nuclear annihilation? Are you going to be listening to Highway To Hell when the whole world burns in an unstoppable fire because of climate change? I hope it is too early to compose our very last soundtrack, we should not write another military marching song; instead, we should give music its role of life’s joyful chanting, and thus we should create that life to chant about.  What about we start with using John Lennon’s song Imagine as a starting guidance. 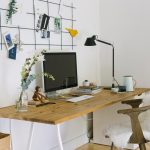 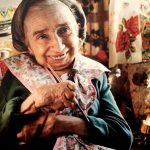