Reading “I am a Strange Loop” by Douglas Hofstadter sure has not been easy. After all, the book is about computational neuroscience (even though in a very pop-science manner). If there is one thing I can say that I really understood, that would be the concept of emergent phenomena. Now this article/essay is my attempt to combine my superficial knowledge of emergence from two books (the other one is “Gödel, Escher, Bach” by the same author) and a miniscule experience of creative writing and text analysis.

In order to explain emergence, I first need to define two other ideas: reductionism and holism. Reductionists claim that the sum of several things gives us just that – the sum of those things. Holists, on the other hand, argue that the sum of stuff gives much more than just several things put together; that the sum possesses qualities not observed in individual elements. And emergence is a holistic idea. It can be best explained through examples: not a single neuron possesses the quality of stupidity, you cannot pinpoint it, but there sure are a lot of stupid brains. With the same logic we cannot say that a single molecule of water is liquid, the property emerges only through a collection of water molecules.

While writing articles and essays, and while reading a lot of texts that my department requires me to read, I have noticed that texts possess this emergent quality as well. Let us assume that the basic building block of a text is a word. When words come together, they mean something more than each word put side by side with another. One word can completely change a meaning of a sentence in a way that that word by itself does not mean. For example, the sentence “I want to marry you” is a very romantic statement of sincere love. But when we make it “I do want to marry you” the sentence becomes a statement, most probably in an argument, and means that one side has serious doubts about an intention and the other one wants to prove those intentions. See how a little two-letter word can change the entire tone?

The next level is about the roles of sentences in a paragraph. While individual sentences serve as expressions of complete thoughts, within a paragraph they have specific roles. For example, the sentence “Since the dawn of times, mankind has been on a quest for the meaning of life” by itself is a commonly known statement. However, when put in a paragraph, the property of being (a widely overused) introduction to the topic occurs. In other words, another meaning for the sentence emerges only when it is put among other sentences.

Finally, when we consider chapters within larger texts, such as novels, the structure once again repeats itself, although more subtly this time. We perceive each chapter in a novel as a semi-autonomous piece of text; something happens in each chapter almost independently from the whole book, something like an episode of a sitcom. But my very short experience of creative writing has taught me that each chapter does contribute something necessary to the whole story. And the more subtle and smooth that contribution is, the better is the quality of writing. For example, “Crime and Punishment” (about which there soon will be a series of essays) seems like a novel about conscience and crime, while all the other stuff Dostoyevsky wrote is a filler to the story. However, the entirety of chapter five of part three serves as one long thesis statement. There are other chapters that serve as theses for other arguments, as well as there are chapters that serve as transitions or introductions. We just do not perceive them that way because of how smooth they fit together due to Dostoyevsky’s mastery in the craft of writing. 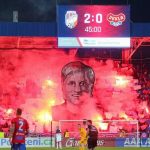 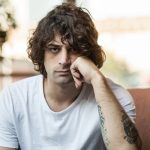