My twenty-seventh article I have symbolically chosen to open with the story of  notorious 27 Club. Although the majority is probably aware of what it is (that majority can skip to the next paragraph), I’d like to define it for the sake of coherence. 27 Club is a non-official list of various artists who died at the age of twenty-seven. The list includes such names as Jimi Hendrix, Janis Joplin, Jim Morrison, Jean-Michel Basquiat, and Kurt Cobain. Massive media coverage and multiple (unsupported) conspiracy theories about this “club” occurred when in 2011 Amy Winehouse died of overdose at the age of 27. The reason for constructing theories was that she, three years before her death, said that she was scared to die at precisely that age. Also, when Kurt Cobain committed suicide, his mother said in an interview “I told him not to join that stupid club” (although, she most probably was referring to Cobain’s two uncles that died the same way). In the following paragraphs I would like to pay homage to a member of the 27 Club that influenced me the most: Jean-Michel Basquiat.

I was introduced to Basquiat by one of my friends about a year ago. Something about his artworks immediately struck me, not only his trademark style but also messages. No need to emphasise on his well-known aspect of picturing anatomy in his works and telling the background story. Instead, I’d like to dig into the signs that clued Basquiat’s unfortunate and too early death.

First, the artist’s portrayal of a black man. Basquiat repeatedly touched the issue of racism and police brutality in his works. Moreover, in the 1980s he was considered, and felt like, an outsider in the predominantly white art world. The general perception of black people in the entertainment industry was shown in artist’s ‘Hollywood Africans’. In the lower-left part of the painting, with a different color of the background as if signalling its equal but distinct importance to the whole, there is a writing ‘Gangsterism’ that sums up the popular stigma.

In multiple paintings, including the notorious ‘Boxer’, Basquiat places a sort of halo that also looks like a barbed wire in order to symbolize innocence and suffering of the African American community.

Another painting directed at government oppression towards minorities was ‘Irony of Negro Policeman’ (1981).

In ‘Head’ (1981) and ‘Self-Portrait’ (1982) the viewer can see the artist’s confusion, complexity of ming and inner struggles. After Basquiat’s harshly criticized collaboration with his idol Andy Warhol has ended, he got depressed and became addicted to heroin. One of Basquiat’s last paintings, as if it was prophetic, was titled ‘Riding with Death’ (1988). In August of that year Jean-Michel Basquiat died of heroin overdose…at the age of twenty-seven. 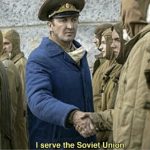 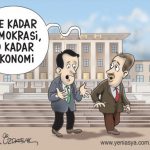