In the following article I am going to define three seemingly unrelated (or very loosely related) terms and demonstrate how they are, at their core, the same idea. The only difference between them is how broad they are and (spoiler alert) that one of them is so broad it is pushed to an impossible extreme.

First, holism. Holism is a philosophical idea that one object cannot be defined or perceived by itself alone. According to holistic thought, an object can only be understood as a compound system of its elements, and that the object is more than just a sum of its elements. Here is an example: if you say that you like pickles but don’t like cucumbers, someone willing to sound smart might object by saying “well, it means that you don’t actually like pickles, you like vinegar!” This is a quite absurd conclusion of a non-holistic approach. Therefore, pickles are more than cucumbers plus vinegar, just like steak is more than raw meat plus heat.

Next on the line is structuralism. It is almost the same as holism (which makes sense, since I’ve mentioned that they would be similar), except that structuralism applies to linguistics. The main idea is that words mean nothing without a broader linguistic context. To very briefly summarize the structuralist thought, I would put it the following way: words do not have an intrinsic meaning by itself; instead, they are defined by what they are not. A tree is a tree not because the word implies it, but because it is a thing that is not all other things. This logic then expands and applies to products of culture and cultures themselves. Thus, structuralism is a linguistic holism, in a way. (Note: There is also a postmodernist philosopher Baudrillard, who applies structuralism to commodities and Marxism, but that is a topic for another article)

Now it is time for the most complicated subject at hand – Zen Buddhism. It is a kind of Eastern philosophy that originated in China. Zen postulates are called “koan”. If you try to read one, you simply would not understand anything. But don’t get discouraged, no one can! Moreover, koan is specifically designed to break your brain. The whole point of Zen Buddhism is to break your brain. It is so because to reach “enlightenment” one has to stop trying to reach it. Or, as buddhists put it, the more you try to reach The Way, the further you are from it. Zen Buddhism is the complete opposite of dualism (division of the world into categories), and what propagates division of things into categories more than words. Therefore, Zen Buddhists oppose the process of perception as a whole, thus deleting the border between self and the universe. We can conclude that Zen Buddhism is an extreme form of holism. Extreme and impossible, for it opposes the human brain’s way of functioning. The only one to have achieved true Zen enlightenment would have to be either unconscious or dead, which really defies the whole purpose. We can conclude then by stating that the important distinction between two forms of holism – Structuralism an Zen Buddhism – is that the former one acknowledges its limitations and builds up a whole system recursively, while the latter one acknowledges the system and completely denies being part of it simply because there is no such thing as “part”. 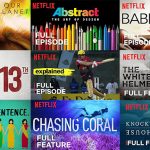 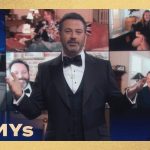