Recently I have watched the last (available on Netflix, at least) season of the show South Park. This article is going to be about episode 6 and 7 of season 22. Of course, spoilers ahead. Episode six starts with a gruesome attack by a wild creature. Investigation by the main characters reveals that the creature is a demonic creature named ManBearPig, although the police department insists on the murders being committed by school shooters. Then, the kids find out that the only person who can assist them in defeating the demon is Al Gore. The seventh episode concludes with the finding that the generation of protagonists’ grandparents made a deal with the demon in exchange for ice cream and fancy cars. And that is where it really hit me what all of that was about. Let’s first break down the context.

Who is Al Gore and why was he featured in these episodes? Al Gore is a politician, former US Vice President. What he is more known for, however, is his documentary titled An Inconvenient Truth. It was released in 2006, and its topic is climate change. Al Gore is a famous environmentalist, he has given multiple talks on the subject of man-made climate change and was awarded the Nobel Peace Prize for his efforts in the field.

I should have guessed the meaning as soon as I heard his name but, to be honest, it took me a while. After the part with generation (known as boomers) making a deal with the demon, I understood that ManBearPig is a metaphor for climate change. A metaphor that shows that the problem is right in front of our eyes, it does harm. And at the same time, there are the ones still rejecting it, just like the police department (which I think represents politicians). Then there is Al Gore who proudly declares “I told you” in every given opportunity. The part where Kyle’s grandpa says that they didn’t think they would live long enough to see the consequences of their deal with the demon also shows how now-older generation irresponsibly approached the problem of climate change and how it acts as if it has nothing to do with the issue.

South Park is a show known for its witty and sharp criticism of contemporary political and social issues. But what solution do the show’s creators offer us? None. At the end of episode seven, the kids just sign another deal with ManBearPig and decide to think of the consequences later. It can be either another criticism of how we now deal with the issue now that we are pretty sure it is real, or the writers were not capable of coming up with a solution that even the most prominent environmentalist could not find yet. In conclusion and as an interesting fact, I would like to point out that those episodes probably emphasized on the wrong issue: man-made climate change’s largest contributor is not carbon dioxide from transport but methane produced by large farms. 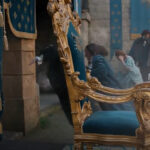 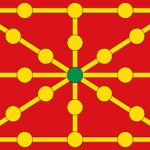