Despite being so close and so big, Russia seems to be completely unknown for most of the Asians and Europeans. As someone who had a chance to grow up on Soviet heritage, I will try to share my knowledge of the Russian culture within the following articles. For the sake of chronological coherence and visible contrast the article will be divided into three parts: pre-Soviet, Soviet, and modern Russan culture.

Although tsarist Russia was culturally close to Europe (to the extent that the upper classes of society spoke mostly French, because Russian was considered the language of the peasants), it developed its own rich heritage. The best examples were music, ballet and literature. Pre-Soviet Russian literature still fascinates a lot of modern readers. Such writers such as Dostoyevski, Tolstoy and Lermontov each had their unique style that had no counterparts in Europe. Russian philosophy also developed within literature. The best known writer that contributed to Russian philosophical thought might be Dostoyevski. In his ‘Notes from Underground’ Dostoyevski fully developed and demonstrated nihilistic thought. Modern critics even call him ‘Russian Nietzsche’. Dostoyevski also expressed his ideas on theology, morality and the meaning of life in his other writings (mostly in ‘Karamazov Brothers’, ‘Demons’ and ‘Crime and Punishment’). Tolstoy in his turn developed a very controversial philosophy of art in his ‘What Is Art’. The application of that philosophy could be later seen in Soviet era. Mikhail Lermontov did not develop any kind of profound philosophy. He did, however, critique his contemporary society multiple times. He also wrote about youthful ponderings and nihilism in his ‘The Hero of Our Time’. I have not so far read any Western writer that came across the same ideas, used the same style, or approached the issues from a similar angle. That is a unique pre-Soviet Russian heritage I have previously written about.

Soviet totalitarian regime did no good for Russian art. As I have mentioned before, Soviet government employed Tolstoy’s simplistic views on art and sustained it by hard censorship. It created well-known brutalist architecture of steel and concrete that gave no way to expression, derivative and kitsch paintings, and a lot of patriotic literature. Of course even in pre-Soviet era architecture was a deviation of European baroque style, but then it became an endless repetition of strict geometric shapes with small windows.

Literature, because it was under strict censorship, became a collection of ‘Mother Russia’. The most frequent topic has become Russian nature, beryoza trees and empty love stories. There were, of course, good poets as well. However, most of their works were left unpublished and are hard to find even these days. Here I refer to Sergei Esenin, a rogue young poet who mysteriously committed suicide at the young age. In later years of the Soviet Union, their TV culture mostly became an open competition with US counterparts. For example, Soviets had their replica of ‘Tom and Jerry’ called ‘Ну Погоди’ (‘Nu Pogodi’) or Winnie the Pooh which has the same title. First hard censorship, then an open influence of and competition with the US have staggered Russian cultural development for almost a century. Of course it is worth mentioning that the Soviet art was not so doomed, for it had great talents, such as Andrei Tarkovsky and Sergei Prokofiev, but these are exceptions proving the general principle.

Now that Russia is an open and relatively free federation, has the art become any better? Although there are attempts to diverge, Russian art is under even bigger influence of the US. Moreover, the majority of the attempts to diverge from the West are built upon Soviet past; the artists try to somehow utilize the Soviet cultural relics. On one hand, in music, there is such a uniquely Russian genre as ‘depressed rap/rock’. The closest example from the West might be ‘doomer’ music, although the Russian genre is much more developed, in a sense that it represents perfectly living in underdeveloped regions and  neighborhoods with brutalist architecture known as ‘Khrushchevka’. There are also small attempts at indie movie-making. On the other hand, Russian rap and rock music genres very closely follow the US trends. For example, the majority of Russian rappers do now-popular trap music. I would conclude that modern Russian art is at the transition/awakening stage. It would imitate the West for a while but it will never be closer to it than it is now; there is just too much background, heritage and diversity behind modern Russia for them to be similar to something else. 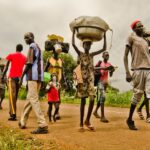 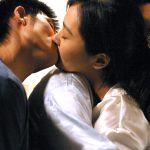 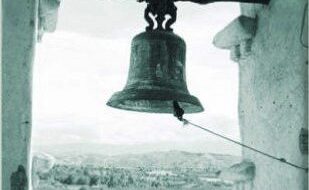