For the sake of this article, the entire history of art will be arbitrarily divided into three periods: pre-camera period, camera dominance, and repost-modernism. As it can be seen, the periods have been divided according to technological changes influencing the (re)production of media. The name for the last period I borrowed from the title of a song by Russian singer Buerak. That song was also an inspiration to write this article, so I borrowed the cover from the song as well.

For almost half a millennium, between the years 1500-1900, an oil painting dominated visual arts. It has been so, because oil painting allowed unbelievable detail in the texture of materials it depicted. Consequently, the meaning of oil painting was defined by this quality: it served as a very vivid representation of objects, to own a painting featuring luxurious items meant practically the same thing as owning those objects. Representation of luxury meant possession of luxury. Oil paintings were unique in a sense that there was only one painting representing one thing. It also could have a unique symbolism which made it even more meaningful.

The paradigm shift occurred in the beginning of the twentieth century and the game-changer was a camera. A 1929 film ‘Man with a movie camera’ by Dziga Vertov was a manifested challenge, almost an insult, to all the contemporary painters. ‘Why bother depicting things when a camera can do so in all the detail and through all the angles possible?’ the challenger proudly proclaimed. And the challenge was accepted. Thus emerged impressionism – technique depicting the whole power of colors; surrealism – technique depicting what is not; cubism – technique of depicting objects from all angles simultaneously. However, there was another effect of the camera that painters could not counter: representation. A work of art now was not entitled to its uniqueness, in a sense that it was not ‘one of a kind’. Instead, there were now millions of Mona Lisa’s throughout the world, all on TV screens, newspapers, and posters. Thus, the meaning of a painting, a real one, was reduced to the idea of being the original of the reproduction. Museums and art galleries became not exhibitions of bright and unique artworks, but merely collections and storages of originals of reproductions.

With the emergence of these memes, combined with short attention span and rapidity in information consumption, the meanings of paintings have changed (some could say degraded) yet even more. Now the viewer doesn’t see beyond facial expressions and some arbitrary text added to the paintings. What is expected of the viewer is now a little chuckle on wit conveyed through the text and a gift of an arbitrary internet point (like, upvote, etc.) for “the author”.

I would like to end this article with a question: Did repost-modernism revive people’s interest in oil painting or did it ruin the art form by stripping it off its meaning completely? Do we call this transition a progress or a degradation? 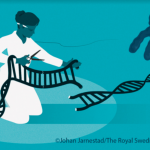 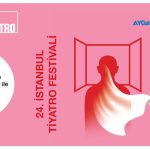