Well, not all of his tricks, just the ones I have noticed in ‘Crime and Punishment’. Although I have read ‘Notes From Underground’ and ‘Idiot’, only while reading ‘Crime and Punishment’ did I specifically pay attention to the writing technique that I could probably steal for my own creative writing projects. There have been a lot of great analytical essays and articles written on this piece of world-literature classic. Still, I am planning to make my own contribution in a series (of probably three) articles on ‘Crime and Punishment’. This is the first one in which, as mentioned above, I am going to discuss interesting writing techniques employed by Dostoyevsky.

1 – Narration. So far I have encountered two types of story narration in short stories and novels. The first type is when the narrator does not really know much, except for what he sees. This type is usually used in combination with first person perspective, in which the protagonist (who is also the narrator) learns everything at the same time the reader does. The second variation is of an omniscient narrator. Such a narrator knows everything – how all the characters feel, what they do, what they intend to do, etc. This type of narration usually is done through third person and in past tense, because the narrator – despite possessing all the information – discloses it in such a way that would keep the reader tense. To my surprise, the narration in ‘Crime and Punishment’ was a kind of a mixture of both. The narration was in the past tense, the narrator could describe how each character felt and thought, yes; but there were also the moments where the narrator appeared to be surprised as the actions unfolded, or he would disclose the information from a subjective point of view of a certain character that was in the scene. I even noticed an instance where the narrator seemingly did not know something about the protagonist: on page 507 (of the edition I have) there is a sentence “He had spent all the previous night alone, God knows where.” This is the exact sentence that made me think of this point to include in here. So a creative writer is not limited to two options, and he can create an intriguing combination of both.

2 – Questions. Dostoyevsky makes a very interesting use of the thought process of his characters. Time to time they ask themselves questions. Or they explicitly ask those questions in a dialogue. Those questions are something like “did he come here to say that he knows what I did?”  And the reader immediately reacts “I don’t know, did he?!” Therefore, such questions that are seemingly directed at oneself or another character, are actually directed at the reader. These questions keep the reader curious to read further. Even if the reader did not think that the plot would go in that direction, these make him ask himself questions that would get him wondering what would happen next. This is, in my opinion, a neat trick that writers could use to keep the reader hooked like an addict.

3 – Argument presentation. There are certain chapters in the book (about one of which I am planning to write later) that serve as a sort of a thesis. Those chapters present the main argument – mainly philosophical – that the author wants to present. And the interesting part is how Dostoyevsky presents them. First he opens with a setup: gathers the main arguing characters in one place under a certain pretense and has them doing something mundane, like drinking tea or eating a dinner. Then, one can notice how the details about their actions fade back and the narration concentrates on the dialogue or the thought process. Before the reader can notice, the frame of the setting freezes, he no longer reads about what the characters do at all. Instead, with the setting completely frozen, the whole focus is on (generally very long) monologues or thoughts of the characters. This technique might be useful for the authors that have a certain statement they want to convey but at the same time don’t want their piece of creative writing seem like a boring essay. It can be best used in combination with the previously discussed technique of asking leading questions.

4 – Dummy character. All of the characters in ‘Crime and Punishment’ are abnormal in some sense. The protagonist – Raskolnikov – is obviously a character maniacally fixated on a certain idea. Sofya Semyonovna – a combination of side and main character – is a borderline religious fanatic unaccepting the realities of life. And so are all others. Except for Razumihin. He is a sensible young man with a usual lifestyle of a student, with average ambitions, the one who falls in love with Dounia and does exactly everything that a person in love would be expected to do. Indeed, Dostoyevsky almost explicitly admits the role of this character, writing “I’ve heard something of a Mr. Razumihin – he’s said to be a sensible fellow; his surname suggests it, indeed ” (‘razum’ in Russian means ‘mind’). So Razumihin is a character with absolutely nothing special. But why would Dostoyevsky include such an uninteresting character? In my opinion, as a dummy; in order to show how interesting other characters are through contrast. So if any of you writers think that all of the characters should be special and quirky, think also of including a comparison according to which they are so special. 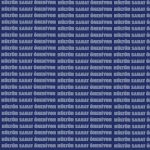