Anyone who has frequently searched “chill music to study” on YouTube must have come across a tracklist with “Sovietwave” in its title. What is it? Where does it come from? What characteristics make it special?

Briefly, Sovietwave can be called a genre of music dedicated to the Soviet aesthetic. However, it has nothing political or historic in it. It is more like an accumulation of your father’s stories about how good it was to grow up in the Soviet Union mixed with bright romantic stereotypes and turned into music. Therefore, it is a genre of music created and enjoyed by the younger generation that has never lived in the Soviet Union but has phantom-like nostalgia for it.

But the past plays a minor role in Sovietwave compared to the future. More specifically, compared to the imagined future that never happened. It has a strong emphasis on technological progress and space travel imagined by the Soviet people. Thus, Sovietwave is also a postmodern genre of music, in a sense that if the Soviet futurist thinking of technology solving all the future’s problems is modernist, then Sovietwave is postmodern in its reminiscing of expectations of the bright future that never came. This emphasis on technology during the past, I think, stems from the great Soviet achievement of sending the first human being to space. Admiration for the futuristic technology comes not primarily from the engineering feat but from the fascination by the fact that a Soviet man just like themselves has transcended the planet Earth. This fascination made those people create the vision of the bright technological future of the communist country, which in turn made our generation be nostalgic of that vision through music.

This genre, these characteristics are of course not entirely unique to the Soviet Union. Similar characteristics can be observed in more established Western genres of Retrowave and Synthwave. They are the same in their nostalgia for the future imagined in the past. However, they are also different in many aspects. For instance, Synthwave concentrates heavily on neon lights, movies and videogames of the 80’s, while Sovietwave finds inspiration in the artistic posters of the Soviet Union. It is more specific because you can just feel communism through it. That is why many Sovietwave tracks feature children’s choirs singing Soviet songs or speeches by political leaders.

Finally, I want to give credit to the YouTube chanel ПостРоссия (“PostRussia”) for providing all the information and imagery in its video “Sovietwave – ностальгия по несбывшемуся светлому будущему”. It also features some Sovietwave artists answering questions. Unfortunately, the channel doesn’t have English subtitles, but I will leave the link below in case anyone knowing Russian wants to check out the video and the awesome content of the channel in general. 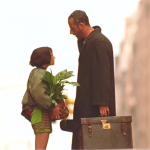 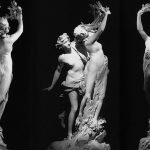