Art of The Future: Refik Anadol

Refik Anadol is an innovative artist who was born in Istanbul in 1985. He has a bachelor’s degree in Photography and Video, as well as a master of Media Arts degree from University of California and a master of Visual Communication Design degree from Istanbul Bilgi University. As it can be seen, his degrees are more technically inclined than usual fine arts degrees. That is exactly what makes his works special.

It all started with a simple idea: large data sets can be collected, analyzed and visualized. With that core idea in his artworks, Refik Anadol started developing AI’s which analyzed certain pictures, sounds or numerical data, and then transformed them into projected artworks. Artist himself uses the term “machine dreaming” to describe his works, because that is very much similar to human’s state of dreaming: interpreting large amounts of data and producing somewhat hallucinatory images. One of his projects featured thousands of images of New York city with humans erased from them, and the resulting artwork really did seem like a dream of a human under the influence of psychedelics, with all the buildings shape-shifting and being viewed from multiple angles all at once. When it came to categorizing his works, Anadol came up with the term “data sculptures”. Although they are called sculptures, all of his works are in a constant state of motion which is predetermined by numerous data sets.

One of his works titled Melting Memories is inspired by Anadol’s personal experience; he came with this project when he learned that his uncle had stage one Alzheimer’s disease. Anadol connected brain scanners to multiple participants of the experiment and asked them to think of a childhood memory. Then, several algorithms transformed the brain scans of those memories into fascinating audio-visual artwork on the following video:

So, is it how the future of art looks like? Poetry of data is, indeed, beautiful. However, it only seems like a branch of evolution of conceptual art, rather than the next destination of art as a whole. The next generation paintings may feature robots or space travel, but they still will be paintings as we know them today. It is too early for artists to collectively put out their brushes and learn to code. 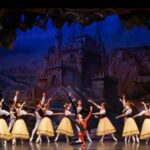 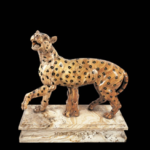