Art as A Way To Be Forever

The following article is going to propose a way of eternal being. But first, I would have to exclude the most famous and the easiest alternative: the notion of soul. For the purpose of this article, I am going to eliminate the possibility of existence of soul and, consequently, the afterlife. With this assumed certainty it is natural to indulge into existential dread. All that is left of one’s single shot at existence is birth, death, and that silly part in between. It is scary to live with the fact of simply not being around anymore at some time. The eliminated proposition of soul used to be (and still is) the most popular way of self-consolation for the majority. But it does not mean that all the non-believers are doomed by life-long suffering. Therefore, they seek for another way to exist until time itself ends. The way to do so, for me, might be art. One creates something influential with the hope of leaving some heritage, the part of one’s mind that is present in the creation will live in multiple minds of others, the ones to outlive the author; and even if not part of mind but merely a name would live echo through civilizations as long as the human race exists. Or not. I doubt that even such prominent names as Shakespeare, Goethe, or DaVinci are going to be known five millenia later, I am not even talking about lesser known names such as Bradburry or Bukowski. Does this mean that creation is pointless, fame is an ephemeral illusion, and we are all going to die for nothing? Well yes, but actually no.

As it might have become obvious, I am very much into existentialism. There is, however, arguably a positive side of existentialism – absurdism. And the name related to this thought is Albert Camus. I have previously written a three-article series on his thought, so this essay is only going to briefly concentrate on one concept, the concept of absurd freedom. Basically, it says that everything is equally pointless. Therefore, it does not matter at all whether one does or does not do art; one is completely free to decide. Wİth that comes the freedom from any religious or moral constraints. At this point, I would like to introduce my own concept. If there is nothing on either side of life (before the beginning or after the end), does it not in some way imply subjectivity of time itself. In other words, time starts with my birth (or at the moment of becoming conscious of my own being) and ends when I end. Of course there happened things before my birth and will happen after my death; but what happened before is just a set of facts for me, while what will happen after is a set of never-provable speculations. Consequently, something that exists even a fraction of second longer than I do is for me eternal. For a soldier who died on the frontline, the war never ended. For my dog that died of old age, I will always be an immortal giant. Therefore, if I create some form of art, it gains popularity, and then I die while my work is still famously discussed, I am for myself eternally famous and forever present in the collective mind of humanity. That is one sweet illusion.

But does not Camus state that we should free ourselves from such illusions? Well, what if this is not an illusion? That is, indeed, a pretty-much subjective fact; its subjectivity does not make it less of a knowledge. Therefore, art is a way of existing forever, when duration of time is taken as a subjectivity in the scope of an individual. Thus, if I know that someone read this article and thinks about it, and then if I die with that knowledge, my heritage would be lasting forever. Otherwise, if I do not die that soon, I would have to write another article. 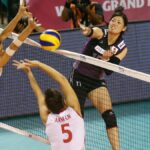 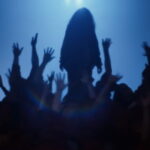