Gökhan Tüfekçi, better known as Karagözüktü Kaptan, was born in 1988 and now is a street artist in Ankara with a very distinguishable style.The style can be described as an interesting mixture of traditional miniature and modern pop-art. I have been following his artworks for several months, and recently messaged him about having an interview.  He agreed to do so via email and the result is the following:

How and when have you decided to become an artist?

In order to become an artist, making an immediate decision and starting to work towards it right away may not really result in the right consequences. Everyone has it inside of them, and we can’t know when and how we are going to come across it. I liked to draw since my childhood, but up until the age of twenty-seven I worked in the bar industry. There also was an art school I didn’t really attend. After the age of twenty-seven, I had a kind of revelation, took a big turn in my life and indulged myself into art with great devotion.

Most of your works can be categorized as street art. Have you ever had trouble with authorities because of that?

Yes, of course such situations must be taken into account; I have been arrested and have paid fines. But if you can properly explain your situation and what you are doing, street art is actually supported. Surely, one has to stay away from political topics, not a time for that at all.

In your works, one can see resemblance to Jean-Michel Basquiat’s style. Did his style affect you? Who are the other artists that inspired or affected you?

Everyone starts by imitating other artists, even Picasso. First you find an artist with whom your energy coincides, then you start going towards finding your own way. Basquiat surely is a role-model for me, both in life and art. There are a lot of artists that inspire me, but specifically as street artists I would name Nunca, Os Gemos, Bansky, Blu, Cranio Artes, Obey, Invader Was Here. These are the street artists from around the world I like and follow.

Is there any message you want to convey through your artworks? If yes, what is it?

I don’t really try to convey any messages. If an artist’s personality and lifestyle overlap with his work, it already carries some sort of message. Monami comes to my mind as a character through which I express myself. Monami, originally, is a character from a pack of crayons. There were packs with 56 crayons with Monami on them, and there were other cheap crayons. And that time, when I was a child, I learned about the class differences. That was the first time life “slapped me in the face.”

I stand for the art of my own geography. What is local is actually universal. I am trying to blend the past with the present in Turkish pop-art, pop-miniature style, and become the spokesman of our generation. 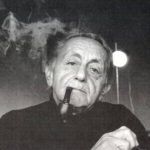 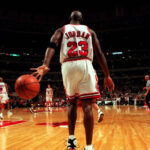