You ordered a shelf with an unpronounceable Swedish name and it just arrived. You open the box, stare at the instructions for a while and start to assemble. After several more long gazes into the manual during the process of assembly, you finally finish the work. There it is – your creation, your little masterpiece of today, your Vittsjö. Oh, what a magnificent item that is; and you are the one to have built it!

According to Ted Kaczynski (aka Unabomber) there is a thing called ‘the power process’, and it was introduced in his ‘Industrial Society and Its Future’ (aka ‘Unabomber Manifesto’). That is a natural need similar to the long established need for power. The power process has three parts: goal, effort and attainment of the said goal. Kaczynski discusses how modern society, especially technology, suppresses the natural ways for humans to undergo the power process (which include survival, hunting, and other ways to go through the lowest steps of the Maslow pyramid) and replaces them with surrogate activities – artificial and unimportant goals that just don’t feel the same. Let us suppose that Unabomber’s observations are valid; indeed, we can make our own. Wealthy people, for example, have no need to worry about food or shelter, and can live the rest of their lives at peace and prosperity within the comfort of their mansions. But nay! They keep working: some try to colonize Mars, some try to monopolize markets, all of them accumulate more wealth. If we look at lower classes, we see the same phenomenon of acquiring more modest surrogate activities, i.e hobbies.

What if we look at the classless societies? Yes, here comes the good old communism! One of the key premises of communism is that means of production, i.e enterprises, are owned by the community. Not yours, ours. Then the person cannot open and develop his own business, simply because there cannot be such a thing as “his”. Then he cannot undergo a power process because one of the key factors – a personal goal – is missing, for everyone works for one common goal. And that is the same for all of the activities and virtues of any significant importance. Getting a ready-made shelf for free surely does not give so much pride and pleasure as the one you yourself construct. Imagine living in a society that does not let you construct your own Vittsjö, because why would you while there are people assembling the same, equal, furniture for everyone. You go make cars or something; again, for everyone and the same.  So would you rather sit in a home with unoriginal shelf or have Ikea? 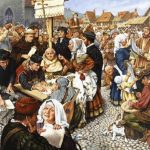 Licence To Sin Previous
27 Next 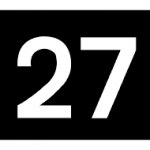