How Many Great Women Artists Can You Name?

The book I have read most recently, Art Theory, A Very Short Introduction by Cynthia Freeland, has pointed out something that I have not really thought about before: there are no known women artists. How many people can name female equivalents of Van Gogh, Picasso, Michelangelo, or DaVinci. In other words, female artists are not regarded as canonical. What is canon anyway? The term comes from the ancient Greek word kanon, which means a ruler or an exemplary model of something. Therefore, the modern usage implies the works which are set as a standard in a certain field. The term, however, does not specify gender. So where does a problem actually lie?

For a long time there has been an issue with the perceptions of masculine and feminine qualities. It is a little known fact that Felix Mendehlson’s sister Fanny was also a composer. And her brother’s remark about her being in the musical world serves as a vivid example of how women in art were generally perceived: “Fanny, as I know her, possesses neither the inclination nor calling for authorship. She is too much of a woman for that, as is proper, and looks after her house and thinks neither about the public nor the musical world, unless that primary occupation is accomplished. Publishing would only disrupt her in these duties…” Indeed, many women who have started in art, later gave up on their pursuit in favor of domestic tasks. And the division of feminine occupation was not only dictated by men, but became internalized by women as well.

As the climate in gender relations has changed, female artists emerged. One of them is Judy Chicago. The problem with her, however, is that she also openly put an emphasis on her femininity; more precisely, on biological aspects of it. That surely angered feminists, as her works only further propagated the idea of difference between genders. Though less openly, artist Georgia O’Keeffe did the same with her drawings of flowers, which also received similar criticism.

In contrast, a photographer Cindy Sherman has managed to demonstrate how diverse women can be in her 1980s photoshoot titled Untitled Film Stills. For it, she changed her makeup, outfit and hairstyle for each individual picture. In some of them it is hard to recognize the same women.

In 1985, a feminist organization called Guerilla Girls actively opposed objectification and sexism in art by creating multiple provocative posters. They had a radical approach to the subject: to rewrite the definition of canon (which we observed in the beginning to be unnecessary) and to rewrite art history. This radical feministic approach is also called ‘deconstruction’.

In my opinion there is no need to push to the extremes. Specifically mentioning that an artist is a woman can be considered as another way of discrimination, though with a good intention of raising awareness. I would say that art has no gender, and there is no need to mention it, unless it aims to discuss this specific subject. 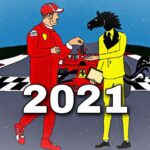 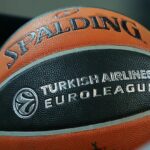