In an unexplainable impulse of nostalgic feelings, this weekend I watched Ferris Bueller’s Day Off. Briefly, it is a 1986 movie about a high school boy that has decided to skip school and have a day off with his girlfriend and best friend. Several minutes into the movie I have felt a rush of all childhood memories flashing at once. It was more than a feeling one gets while watching a movie from thirty years ago. So I started looking for the elements that made me feel so, and those elements are going to be discussed further.

Ferris Bueller’s Day Off is the ultimate feel-good movie. It is about absolutely nothing and has a happy ending. The only antagonist of the movie is Mr. Rooney – a two-dimensional villain who goes through all sorts of silly mishaps. One of those, obviously, is getting attacked by the protagonist’s dog in a very cartoonish way. There is also breaking the fourth wall by talking directly to the audience in the middle of the scene, an element so common of kids shows of the era. The last thing about the movie that brought back childhood memories is the classic sibling rivalry which happily ends with mutual understanding and support. Although this has been a common topic of multiple movies of the generation, I can’t come up with any particular examples.

What does Ferris Bueller, maybe unconsciously, have to tell about the time period? It represents the generation of prosperity, the generation that still benefits from post-war economic wealth. Thus, the time period of pepsi-cola, of careless consumerist culture at its peak. The side effect of  such consumerist nature is devaluation of art. Almost right after the scene in which the trio looks at the most famous paintings of the time, Cameron says “I have seen nothing today.”

Finally, it shows relationships between young Generation X and adult Baby Boomers. In fact, it shows the eternal rebellion of youth, no matter of which generation; for example in the scene in which Cameron manifests his protest towards his father by wrecking his precious car. In the protagonist’s wit and adults’ naivete, the movie shows how every youth imagines its superiority towards the aging ones. And what was actual for 1986, in this aspect, also holds true for every preceding and consequent generation; this is just a fact of human nature. 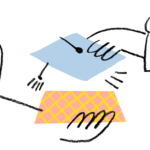 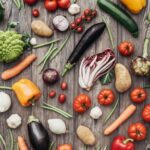