An entire book can be written on the differences of novelistic and epic discourse. However, in the scope of this short article, only short characteristics that are needed to convey the point will be outlined. So, here we go. When we say epic, we generally mean some epic hero in some distant glorious past going through a journey. The hero throughout that journey does not change in any way; why would he? Epic hero is someone perfect, in a sense that he carries some fully evolved character traits that do not change over time or that are not affected by his adventure. Think of Hercules. He does all the hero stuff and his character traits are by default the traits that make him a hero since the very beginning. There are also tragic heroes. They are the flawed and imperfect ones. However, they also do not change. They are epically flawed and those flaws lead them to their punishment or other negative consequences. But still, they do not change.

Novel is a complete opposite of epic. Characters are flawed, they evolve and learn. In the end, the character of a novel is transformed into a better version of himself but still is imperfect. And that is how things should be. That is why novel took over epic in literary dominance. It is just more appealing and relatable. Novel also carried its dominance onto a new medium – TV screens. All of the movies or series show how initially imperfect characters go through a journey that make them better and more mature as people, surely preserving some flaws.

The idea for this article came to me as a pleasant little eureka moment. We are not used to applying literary analysis to the things we watch. The previous point about novelistic discourse being carried onto screens can be confirmed by multiple examples. ‘How I Met Your Mother’ – one of my all-time favorite TV shows – is one of them. At the end of most of the episodes there is some epiphany, some revelation mostly explained by Ted Mosby to his kids. Other than being a wicked tangle of love stories within a friends group, the show is also a sequence of different character types facing their biggest flaws and finding the ways to overcome them. In the end of the show, no one becomes an übermensch that has transcended all humanly flaws; no, the characters are still people that you and I can relate to, they are just more experienced.

However, there is another show that I recently started (and can’t really stop) watching – ‘The Office’. There is a lot of stuff going on in the show: people get engaged, people marry, people break up, people go through crises. A typical sitcom. Almost. Despite the progression of the plot and a variety of mostly silly situations, characters never really change. Michael Scott in the first season appears as a childish boss who, instead of working, constantly finds ways to embarrass himself and entertain others. Then he goes through a relationship with his boss, heartbreak, failed business venture, company crisis, and all the stuff in between. And still, in season six (which I am currently watching), he is still the same childish boss. The same applies to other characters of the show. The show does not trace an evolution of a character, it only slowly reveals facts about its characters that already existed before and do not change characters’ behavior. At some point we learn that Dwight has a beet farm, and this fact does not affect character traits of a character. The same goes for facts that Oscar is gay or Pam’s parents divorced. Therefore, I would like to conclude that, according to the characteristics given in the first paragraph, ‘The Office’ is as much of an epic as is ‘Odyssey.’ You would have never thought that Michael Scott and Gilgamesh can be viewed in the same category, have you? Because if you have thought of it, you should have written an article about it. 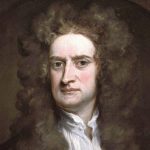 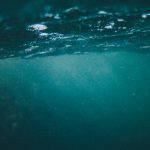 An entire book can be written on the differences of novelistic and epic discourse. However, in the scope of this short article, only short characteristics that are needed to convey the point will be outlined. So, here we go. When we say epic, we generally mean some epic hero in some distant glorious past going…