There, no doubt, have been written numerous articles on Magritte’s ‘The Treachery of Images’; this is not one of them. The following article, roughly speaking, is on implications, on the things written between the lines – some obvious and some not. First, I am going to discuss the name of the scientific thought dealing with the individual words’ implications, then proceed with the usage of implications in moral principles, and conclude with one of the literary masters of writing between the lines.

In linguistics (as well as several other fields dealing with humans’ communication) there is a certain methodology called structuralism. Structuralism states that every ‘piece of communication’ (word or phrase or sentence) can never be regarded by itself and should always be regarded in relation with a broader structure it is related to, such as culture, geography, or language. For instance, the word ‘black’ might mean a lack of color for Australian but mean a certain human race for American. What does it all have to do with Magritte? Well, structuralists also argue that every word by itself, inherently, implies that it is not something else. The word ‘tree’ inherently implies that it is not automobile or soap; the word means a specific thing (or class of things) by an unwritten definition of not being all the other things. Armed with this knowledge, the viewer now has even more amazement towards ‘The Treachery of Images’: the image says that the object is nothing other than a pipe, while the written part right below takes away the possibility of it being a pipe as well; the image eliminates all the possibilities of linguistic definition except for the one, and that one is then taken away by the text, leaving the viewer with his linguistic capabilities of describing what he sees completely empty. Just an image of something that, apparently, cannot be described with no words.

Nietzsche in his ‘Human, all-too-human’ deals with the questions of morality, which he examines in depth in ‘Beyond good and evil’. As it can be obvious from the title of the latter (and from the knowledge of Nietzsche being nihilist), the author completely denies the notion of good and evil, the idea of morality in general. He does so in a fascinatingly logical manner: first, the author denies free-will, by that he proves that there is no such thing as malice (i.e pure evil), and finally he says that if there is no such thing as evil, there should be good neither. In other words, the same way that existence of big implies the existence of small, the notion of evil also implies the existence of good. Thus, by proving absence of one, Nietzsche also disproved the existence of the opposite (which is beautiful if you ask me).

As a conclusion, I want to pay tribute to the best author of writing between the lines, of implications in literature – Ernest Hemingway. In his writings Hemingway sometimes simply does not finish the dialogues, he simply knows that the reader can easily assume the following line, thus he leaves it as some sort of exercise for the reader. Hemingway tends to do that with the transitions between the scenes. This kind of technique establishes a special connection between the reader and the author, something like a special handshake or an inside joke. This technique also requires experience and understanding of readers’ psychology. In conclusion, all hail Ernest Hemingway, the writer that thought more like readers than the readers themselves! 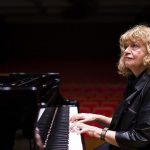