Noam Chomsky is a famous linguist and a political philosopher. He is best known for the common idea he carried out through most if not all of his political writings – anarchism. In Chomsky’s book ‘On Anarchism’, which I have recently read, the author opens with acknowledging and debunking the most common misunderstandings about anarchism, and then proceeds to explain his own views supported by his predecessors. Although the book is quite informative and even enlightening, it does not go sufficiently deep into the subject. Chomsky, instead of explaining the historical writings of, for example, Bakunin, just drops the writers’ names. What was really confusing is the fact that more than the half of ‘On Anarchism’ concentrated on detailed and very specific events of the Spanish Civil War. It is understandable that the author there aimed to show how contemporary organized anarchists and socialists (which, as author mentions, are almost always pretty much the same: “every  anarchist is a socialists, but not every socialist is necessarily an anarchist”) would operate. However, most of that part of the book was arguably redundant. Chomsky also took some time to articulate his views on capitalism, Marxism and his definitions of freedom. The most important thing I understood about anarchism can be expressed in the following sentence: “Anarchism is not a fixed, self-enclosed social system but rather a definite trend in the historic development of mankind.” In other words, anarchism is some form of constant political and economic scepticism that always questions the necessity of the contemporary system and takes action if the system fails to support certain values, of which individual freedom is foremost.

Friedrich Nietzsche was probably the best known nihilist. In this article I am not going to once again look again into his murder of God. Instead, for the scope of this article, it is better to highlight certain lines from ‘Thus Spoke Zarathustra’. The lines in which Nietzsche discusses deconstruction of the old theological values and their replacement by the philosophical ones. The following quote might be the most significant indicator of Nietzsche’s views on morality as a nihilist:

“No people could live without first valuing; if a people will maintain itself, however, it must not value as its neighbor valueth. Much that past for good with one people was regarded with scorn and contempt by another: thus I found it. Much found I here called bad, which was there decked with purple honours”

There the author first places the  ability to evaluate as the most important human quality. Then he highlights the subjectivity of morality. Basically, he says that what works for one does net necessarily work for another, he establishes the need for individualistic scepticism. After this, Nietzsche writes the following sentences about destroying the old values in order to build the new ones:

“Always foth he destroy who hath to be a creator”

“Ready must thou be to burn thyself in thine own flame; how couldst thou become new if thou have not first become ashes?”

These two sentences say exactly the same thing. The only difference is that Nietzsche, as he always does, has decided to over dramatize in his typical angsty way.

The reader of this article might be already seeing the link between Chomsky’s contemporary understanding of anarchism and Nietzshe’s doctrines on valuation. While the latter one suggests scepticism towards individual values and replacement of religious belief by personal critical thinking, the first one does so on a scale of economic and political systems. Both of the authors suggest that one (individual or society) can reach the highest level, so-called maturity, only if he has an ability to inspect his values, abolish the unnecessary ones and build the new ones from the ashes. 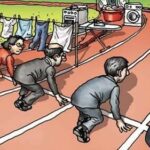 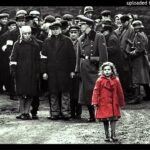