Psychoanalytic theory can be applied not only to interpret individual’s weird dreams and fantasies but also the ones of societies. It is famously said that cinema is a dream factory, and those dreams are the ones of society. Although those can be endlessly interpreted, the following article will consider the issue much deeper and much more general.

First, I would like to briefly remind the reader some key concepts of Freud’s psychoanalysis that will be used further: Id, Ego, Superego. The concept of Id is related to the unconscious mind introduced in Interpretation of Dreams. That part of mind can be neither accessed at will nor controlled. Id does, however, manifest itself in dreams and so-called “Freudian slips” (like when a child accidentally calls his teacher ‘mom’). Emotionally, Id is responsible for wired, primal desires. Superego is in turn related to the preconscious mind; the part of mind not active at a certain period of time but can be accessed later. Superego can be explained in computer terms as a hard-drive. Superego’s emotional basis is the one of values of society; it is responsible for morality. Lastly, Ego is related to consciousness, to the constant awareness of one’s coherent being. Ego serves as a mediator and a balancer between the Id and Superego.

To explain these terms even more briefly, Id is Joker – chaotic being perpetuated by his immediate wants; Harvey Dent is Superego – the representation of morality and justice within socially accepted norms; Batman is Ego – has morality and sense of justice but sometimes employs ways beyond accepted norms.

Now let us discuss why modern society, according to the unified (by me) ideas of certain writers, is on the verge of a humanity-scaled psychotic episode. The balance between these three concepts of society’s mind is distorted. According to Ted Kaczynski’s Industrial Society and Its Future (better known as Unabomber Manifesto), there is an issue with libertarian leftism called oversocialization. The term means that the lib-lefts are too politically correct, they constantly invent problems with society and minorities because of their constant feeling of inferiority. And the ones inventing those problems are more than often not even part of the minorities they claim to defend. They are, according to Kaczynski, middle-class white people who have overly internalized the need for certain norms and then start to propagate them unnecessarily. Thus, converting it to psychoanalytical terms, we see an overinflated Superego.

The issue with Ego is described by Jonah Peretti in his Capitalism and Schizophrenia. In his essay Peretti argues that in modern culture all the aspects of signifiers, building blocks of a coherent personality, have been distorted. It is mostly because of the modern advertisement techniques employed today. I have discussed those in one of the previous articles titled Che Guevara T-Shirt. To summarize, in it I have discussed Guy Debord’s idea that the modern media sells personality types rather than products. Therefore, one keeps constantly changing his personality according to trend. The best example would be Buzzfeed with its sponsored tests such as “what kind of barbie doll are you.” Ironically, Jonah Peretti is now CEO of Buzzfeed. His success in the business can be seen as an indicator of success of his theory. He argued in his essay that constant change of individuals’ ego is a sign of massive schizophrenia. Thus, by theory and practice (provided by the same person) we can see that a society has a blurred and unstable Ego.

Id in its turn is also suffering for the same reason the Superego does. Inflated Superego leads to oppressed Id. Under such pressure on human’s basic needs and desires, it is expected to explode and unleash all the chaos sooner or later.

In conclusion, I would say that if modern society were a person, Freud would be nervously taking notes during the therapy session. Overinflated Superego that oppresses Id and an unstable Ego can lead to nothing but massive psychosis. The consequent problem is that the outcome cannot be predicted, so finding the solution is much harder. The society is spiraling into madness, and it seems to be enjoying the process. 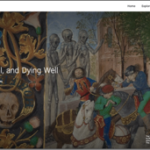 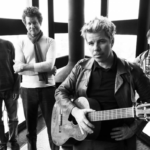 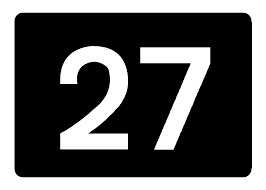 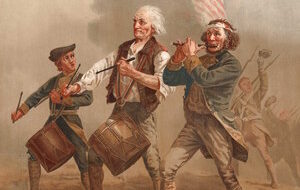